How Does a Bail Bond Work? What kinds of release options exist at the Orange County Jail?

There are five release options available to a person who’s been arrested. They are CASH BAIL, SURETY BOND, PROPERTY BOND, release on his or her OWN RECOGNIZANCE (OR), and release on CITATION or what is termed as a Cite Out.

CASH BOND/BAIL
To be released on cash bail, a person must post with the court the total amount of the bail, in cash, to secure his/her return to court on an appointed date, and thereafter until the case is finished. Full cash bonds are an incentive for defendants to appear at trial. If the defendant appears for his/her court appearances, the cash will be returned to him/her within 60-90 days. However, he/she fails to appear, the cash bond is forfeited to the court!

SURETY BOND (BAIL BOND)
The alternative to cash bail is the posting of a surety bond which is also known as a bail bond. This process involves a contractual undertaking guaranteed by an admitted insurance company having adequate assets to satisfy the face value of the bond. Apollo Bail Bonds, Inc. guarantees to the court that they will pay the bond forfeiture if a defendant fails to appear for the designated court appearances. Apollo Bail Bonds, Inc. guarantee is made through a surety company such as Bankers Insurance Group.

For this service, the defendant is charged a premium. To be released by posting a bail bond, the defendant or a relative or a friend, will usually contact Apollo Bail Bonds, Inc, an agency licensed by the State of California to post bail bonds. Before a bond is posted, we will interview the proposed guarantor of the bail bond, as well as the defendant and relatives of the defendant, as part of the approval procedure for the bond.

By involving family and friends, as well through the acceptance of collateral, Apollo Bail Bonds can be assured the defendant being released on a bail bond will appear at his/her designated court date, as required, until the case is completed.

Once an agreement is made, we will complete the application and post the bail bond for the full amount of the bail to guarantee the defendant’s return to court.

Once a defendant is released on a bail bond posted by Apollo Bail Bonds, Inc. they will meet with an agent to be interviewed and go over the terms and conditions of bail. At Apollo Bail Bonds, we strive to make this process as simple as possible. All we ask is for defendants to communicate and be courteous. We offer the comfort of not being in jail while your case is adjudicated!

PROPERTY BOND
Depending on the court jurisdiction an individual may obtain release from custody by posting a property bond with the court. Here a court records a lien on property, to secure the bail amount. If the defendant fails to appear in court of his/her designated date, the court may start foreclosure proceedings against the property to obtain the forfeited bail amount.

OWN RECOGNIZANCE (OR)
Another method of release pending trial is through a county or law enforcement administered pre-trial release program. Typically a deputy or staff member of the jail will interview a defendant and will determine or recommend to the court regarding release of the defendant on their own recognizance. At Apollo Bail Bonds, Inc. we always verify if the defendant qualifies for OR!

Choosing a bail agency can be very difficult. Be careful to choose your Bail Bond Company wisely. Apollo Bail Bonds helps bring families together. If you have any questions, please feel free to call 24 hours a day.

In an effort to address overcrowding in California’s prisons and assist in alleviating the state’s financial crisis, the Public Safety Realignment Act (Assembly Bill 109) was signed into law on April 5, 2011. AB 109 transfers responsibility for supervising specified lower level inmates and parolees from the California Department of Corrections and Rehabilitation to counties. Implementation of the Public Safety
Realignment Act is scheduled for October 1, 2011.

Additionally, Section 1230 of the California Penal Code is amended to read “Each county local Community Corrections Partnership established pursuant to subdivision (b) of Section 1230 shall recommend a local plan to the County Board of Supervisors for the implementation of the 2011 public safety realignment. (b) The plan shall be voted on by an executive committee of each county’s Community Corrections Partnership consisting of the Chief Probation Officer of the county as chair, a Chief of Police, the
Sheriff, the District Attorney, the Public Defender, presiding Judge or his or her designee, and the department representative listed in either section 1230 (b) (2) (G), 1230 (b) (2) (H), or 1230 (b) (2) (J) as designated by the county board of supervisors for purposes related to the development and presentation of the plan. (c) The plan shall be deemed accepted by the County Board of upervisors unless rejected by a vote of 4/5ths in which case the plan goes back to the Community Corrections Partnership for further consideration. (d) Consistent with local needs and resources, the plan may include recommendations to maximize the effective investment of criminal justice resources in evidence-based correctional sanctions and programs, including, but not limited to, day reporting centers, drug courts, residential multi-service centers, mental health treatment programs, electronic and GPS monitoring programs, victim restitution programs, counseling programs, community service programs, educational programs, and work training programs.”Enhance Pre-Trial Processes to More Effectively Utilize Current Jail Capacity.
In this component, the objective is to maximize jail capacity through the use of cost effective alternatives. Identifying offenders through the use of an actuarial risk assessment tool to determine both the recidivism and flight risks is critical for each of the recommended strategies listed below. As stated earlier, the jail has a fixed capacity of 5,500 beds. Currently, between 62-65% of those beds are filled by pre-trial inmates. With full implementation of public safety realignment, it is anticipated that the the majority of those beds will be taken by long-term sentenced offenders and post-release violators. The County will use the following strategies to reduce the number of pre-trial offenders in custody.
Request that the Court consider modifying bail schedules for offenders awaiting trial through the established Court process for modifying bail schedules, which should be completed by January 2012. This will require the input of the DA, CA, and representatives of the Defense Bar.

Provide risk assessment information at the bail review hearing to allow the Court to consider reducing bail for low risk offenders.
Use home detention, electronic monitoring, alcohol monitoring, and GPS for pre-trial offenders in lieu of jail, pursuant to the newly enacted Penal Code section 1203.018 and with authorization of the Board of Supervisors. The Sheriff and the DA, along with the Court, will establish reasonable rules and regulations under which such a program will operate. Specific eligibility criteria will limit the number and type of pre-trial inmates eligible for this program. If an inmate is eligible, this will be addressed at arraignment or bail review so victims have an opportunity to be heard and Marsy’s Rights will be protected. In addition, mental health and substance abuse treatment may be combined with any one of these options. The Sheriff may contract with either Probation or a private vendor for these services. The potentially eligible population is between 1,000-3,000 low and medium risk offenders annually.
Use Work Furlough (WF) as a new potential custody option for eligible pre-trial inmates. The additional potential capacity is 170 beds and 62,050 annual bed days.
Increase the use of residential treatment beds in lieu of pre-trial custody for those offenders with significant substance abuse issues. The cost to house an inmate in jail is more than twice as much as a residential treatment bed

In this component, the objectives are to maximize the efficient use of jail capacity to accommodate the new populations by reducing the number of lower risk offenders in jail through the use of jail alternatives to and programming services while in custody. The following strategies are recommended to achieve this objective.

Maximize the use of alternatives to custody for eligible offenders in lieu of jail custody. There is a potential pool of 1,000 to 3,000 low and medium risk offenders for whom these options may be appropriate in lieu of or in combination with jail time.

The Central Jail Complex (CJX) consists of the Central Men’s Jail (CMJ), Central Women’s Jail (CWJ), Intake/Release Center (IRC), and Transportation Bureau. The complex comes under the command of one Division Commander, Captain Mike Krueger, who oversees daily operations for the entire complex and 639 dedicated men and women assigned to the CJX.

The four bureaus that make up the CJX are inter-connected by a series of tunnels and corridors which make efficient movement between each facility possible.

The Central Men’s and Central Women’s Jail opened in November of 1968 and are traditional linear style (cell block and dormitory) facilities which house both sentenced and pre-trial maximum-security inmates.

The Intake/Release Center opened in January of 1988. Its opening facilitated a prompt and safer environment where arrestees are booked, released, or transferred to other facilities. The IRC is constructed in a multi-storied, five-module configuration, with self contained housing areas which provide a safe and secure environment for both inmates and staff.

During the booking process inmates are medically triaged, searched, photographed and fingerprinted. Later they are interviewed by the Classification Detail and placed in an appropriate housing location.

Transportation is an integral part of the Orange County Jail system. This bureau’s responsibilities include, but are not limited to, transporting inmates to court, work sites, hospitals, state prison, out of county jails, and other OCSD facilities.

Apollo Bail Bonds offers 24 hour mobile discount Bail Bonds. If you are a Union Member, Veteran, AARP member, or have retained a private attorney then you may qualify for a 20% discount. Call us at 714-372-3100 for more information

this is a test 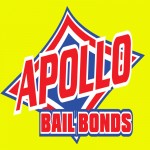